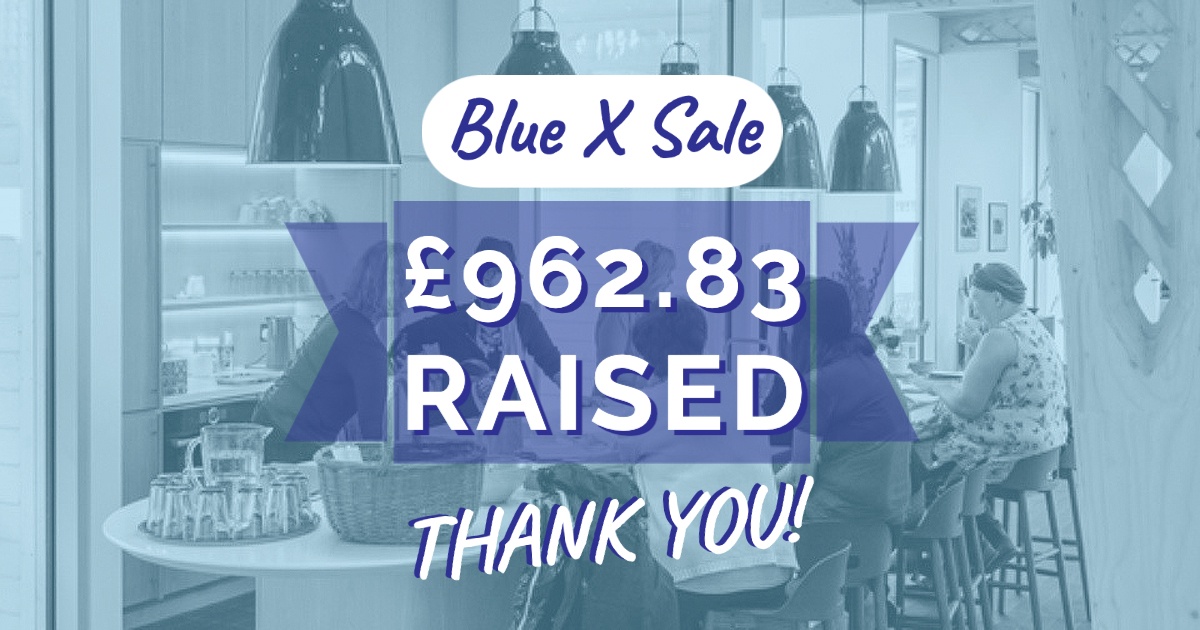 Our 11th Annual Blue X Sale this year supported Maggies! Thank you for your amazing donations!

Every January we support a charity with our Annual Blue X Sale this year we supported Maggie’s Cancer Centres and we would like to take this opportunity to thank you all for your generosity. This year we managed to raise a whopping £962.83!

During the current Covid-19 crisis, it must be very worrying time for those suffering from cancer, undergoing treatment and of course for their families. It will be especially worrying for those with cancers of the blood or bone marrow as they are at extremely high risk of becoming seriously ill.

In previous years we have donated to the Brighton Sea Cadets. Last year we managed to raise £651.22 which they used to repair one of their powerboats. The repairs enabled them to sell the boat, which they were quoted £6,000 – £8,000 so in essence, your kind donations enabled them to raise thousands for the unit. 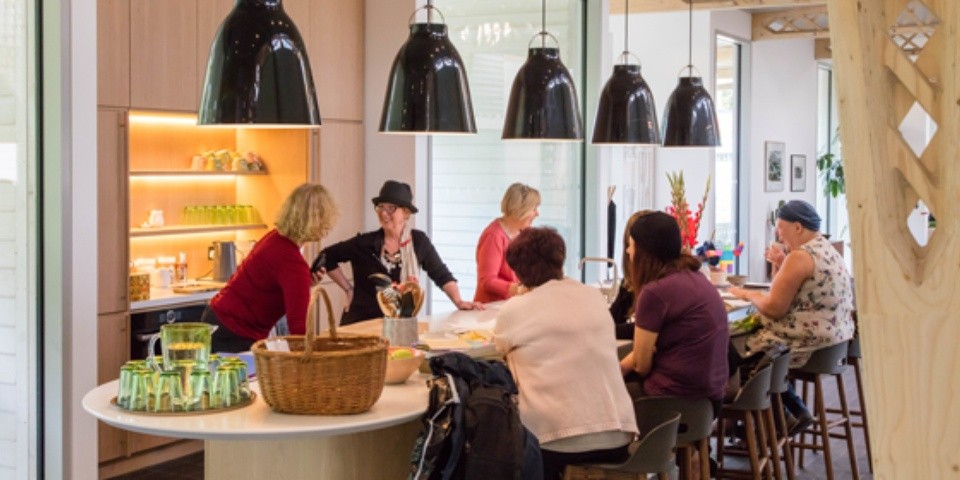 Maggie’s is a new and unique cancer centre that provides free practical, emotional and social support to not just people with cancer but also their family and friends, following the ideas about cancer care originally laid out by Maggie Keswick Jencks.

Maggie’s Centres are built in the grounds of NHS cancer hospitals, they provide places with professional staff on hand to offer the support people need.

The Maggie’s Centres are also places to find; practical advice about benefits and eating well, where qualified experts provide emotional support, to meet other people, where you can simply sit quietly with a cup of tea and enjoy the gardens.

The first Maggie’s Centre opened in Edinburgh in 1996 and since then Maggie’s has continued to grow, with 20 Centres at major NHS cancer hospitals in the UK and abroad. For those that can’t get to one easily Maggie’s also has an Online Centre and a growing community. 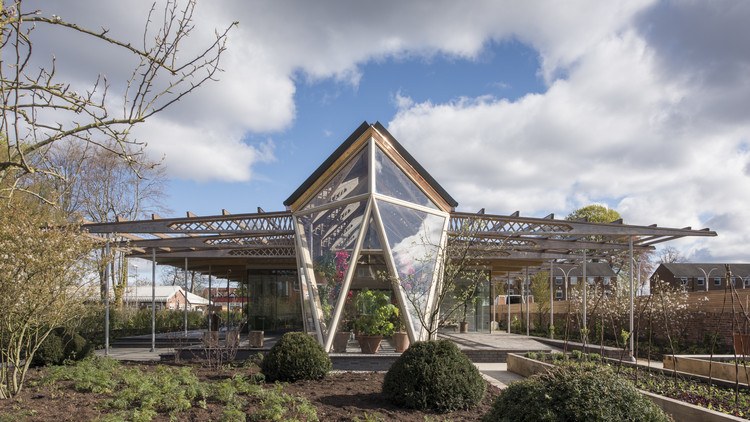 In May 1993, Maggie Keswick Jencks was told that her breast cancer had returned and was given two to three months to live.

She joined an advanced chemotherapy trial and lived for another 18 months. During that time, she and her husband Charles Jencks worked closely with her medical team, which included oncology nurse, Laura Lee, now Maggie’s Chief Executive, to develop a new approach to cancer care.

In order to live more positively with cancer, Maggie and Charles believed you needed information that would allow you to be an informed participant in your medical treatment, stress-reducing strategies, psychological support and the opportunity to meet other people in similar circumstances in a relaxed domestic atmosphere.

Maggie was determined that people should not “lose the joy of living in the fear of dying” and the day before she died in June 1995, she sat in her garden, face to the sun and said: “Aren’t we lucky?”

In November 1996, the first Maggie’s Centre opened in Edinburgh and what Maggie had planned became real.

The Friday before Christmas my Mum went for her final Chemotherapy session and on 3rd January we got the news that they can’t find any Cancer! We were obviously bouncing with the news but we had to keep ourselves grounded as there is still a long way to go.

There was no waiting around and she started the next stage of her treatment the very next week, Avastin. This is given the same way as her Chemotherapy but with the added bonus that she only has to attend once every three weeks, which at the present time we extremely grateful that she doesn’t have to attend the Christie as often.

How it works:
Bevacizumab targets a cancer cell protein called vascular endothelial growth factor (VEGF). This protein helps cancers to grow blood vessels, so they can get food and oxygen from the blood. All cancers need a blood supply to be able to survive and grow.

Bevacizumab blocks this protein and stops cancer from growing blood vessels, so it is starved and can’t grow. Treatments that interfere with the development of a blood supply are called anti-angiogenesis treatments.

We are eternally grateful to the amazing doctors and nurses at the Christie and so incredibly lucky that mum was offered a clinical trial, we hope the results so far are another step forward in the fight against Cancer! 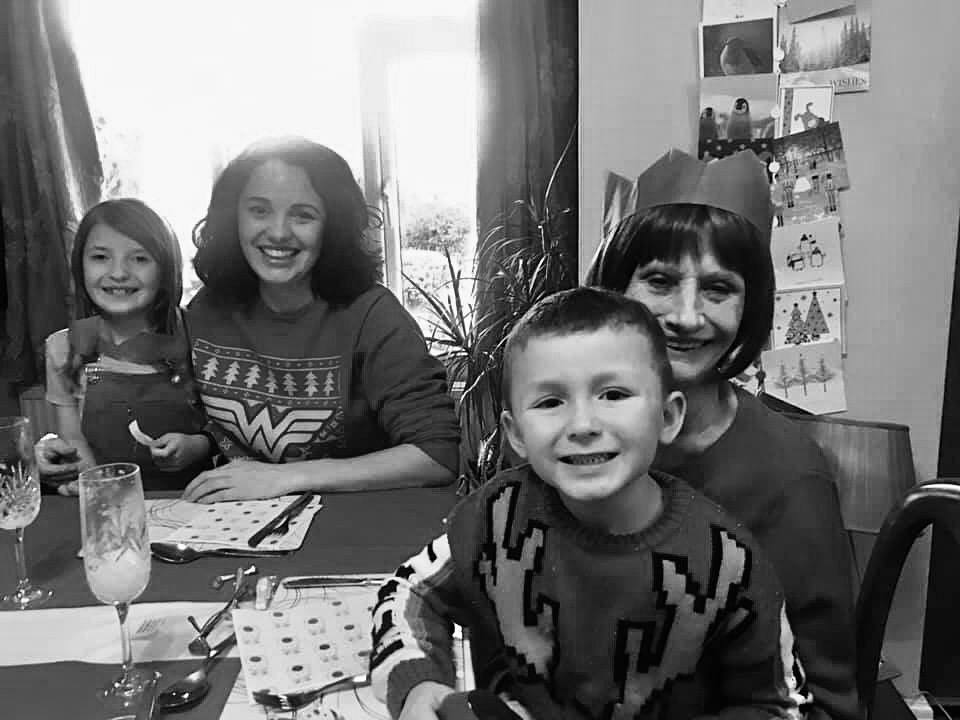 It is scarce to find someone who hasn’t been effected by Cancer, the statistics are now showing 1 in 2 people will be affected.

In April this year we had the news no one ever wants to hear, my mum Elaine was diagnosed with Cancer. It only feels like yesterday that I was just getting on the train back home from work and I called mum to see how her scan went. We both hadn’t said anything to each other prior, but we both had that gut wrenching feeling that we knew something wasn’t right.

I held it together as she tried to insist that I should call when I got home, but eventually she said the words, ‘I have cancer’. Your heart sinks and your eyes bulge but instead of releasing you know you have to find that inner strength your Mum needs … so it is swallowed.  Instead I ask her ‘What’s the plan!. To which she replied, “Well we’re going to fight this Alien inside me”.

That weekend I was actually heading to Liverpool to teach, so a bit of fate that for a change, I could easily go to see her and my dad. Monday came, Dad texted to say they’d got the results and I called them. She had been diagnosed with Ovarian Cancer, we found out later that it was borderline stage 4 and she was offered a clinical trial.

Now there are quite a few cancers out there but one I had no real about at the time was Ovarian. As we now know from our Ovarian Cancer Awareness Day in salon (8th May) the statistics aren’t particularly great. There are currently no schemes to detect this type of cancer and it can be tricky to get a GP to test you, as I discovered, as this condition can be hereditary.

Ovarian Cancer detection is hard and even with these tests there still isn’t enough evidence to prove a change in the outcome. The main test is a blood test called CA125. It measures the protein CA 125 (cancer antigen 125) which can help to look for the early signs of Ovarian Cancer. However it’s not completely accurate because many noncancerous conditions can increase the CA 125 levels. The other is a full ultrasound scan to look for anything abnormal. If you do have a family history it would be good to get a BRCA test, this to check for the gene mutation BRCA1 and BRCA2. This gene is hereditary and can be passed on, luckily for me even though it’s something my grandparents may have had due to our family history, it’s not something my Mum is carrying.

Mum’s CA125 at its highest was 3008, and it’s now sitting pretty at 2! She had her operation the beginning of October, which went so much better than her doctors had expected and she had her last main chemotherapy treatment just before Christmas.

Now I am lucky enough to have, an amazing partner and a whole army of ladies behind me during this period, every single one of them at some point has either called, sent a text or even popped into the salon with lunch. They all have extremely busy lives so hearing and or seeing them is extremely humbling, and I want to say a personal thank you all, this year has been extremely tough, but having you all has made it so much more bearable, my love for you is infinite.

This is why for me Maggie’s was the perfect charity to support for this years Blue X Sale.

Not everyone has their own personal army and family members can be shy with giving their family information about their treatment (if you’re one of them, it really doesn’t help, we’d rather known, otherwise we’ll just google it! Don’t let us, it’s so much worse) Maggie’s is there to support everyone during every step.

At the Christie where Mum has been receiving her treatment the Maggie’s Centre has a beautiful garden which she’s enjoyed walking around, but they also offer Yoga Classes, Meditation Workshops, Makeup Classes and a friendly kitchen table to chat around… so much. We have two near us in London and there’s one being developed in Southampton.

A cure for Ovarian Cancer is obviously top of everyones agenda, but this charity, Maggie’s touches and helps so many people.

To my warriors Gemma, Melissa and my mum Elaine, you truly are an inspiration.

To my friends Jess, Zoe and Trudy there’s always a shoulder and an ‘army’ here if you need it!

Cancer may have started the fight but together we will finish it, I just hope this year’s Blue X Sale has gone a little way to helping.

Thank you for reading, 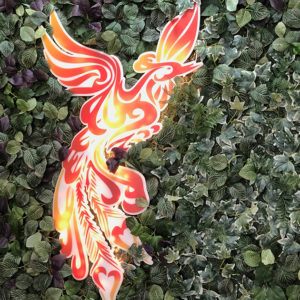 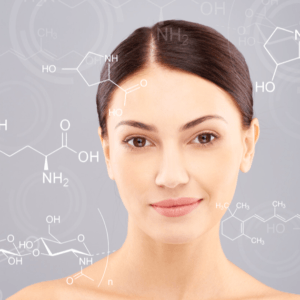 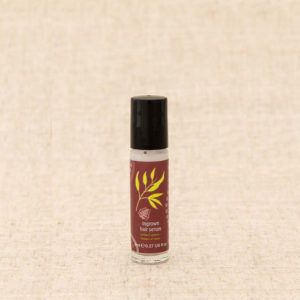 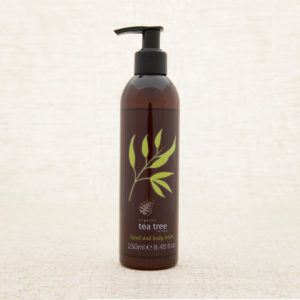 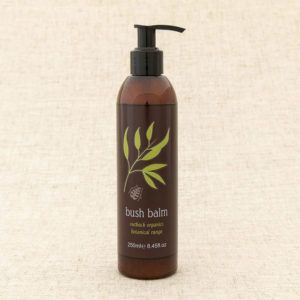 Jennifer Turner
Jen is a multi award winning lash artist, skin therapist and educator, with her experience spanning 20+ years. She specialises in many treatments including and not limited to eyelash extensions, nail enhancements, massage, electrical facial and body treatments along with Colonic Hydrotherapy. Keeping up with the latest trends & changes in the industry she is continuing to make Turn Beautiful a ‘little gem’ of a salon.
Previous Post
Covid-19 Update: Salon Closure, Hang In There
Next Post
Turn Beautiful Covid-19 Statement 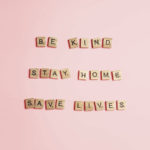 In this time of uncertainty we would like to reassure you that Turn Beautiful are doing everything we possibly can to keep everyone safe and to help slow the spread of Covid-19. 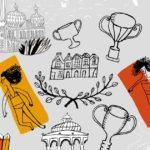